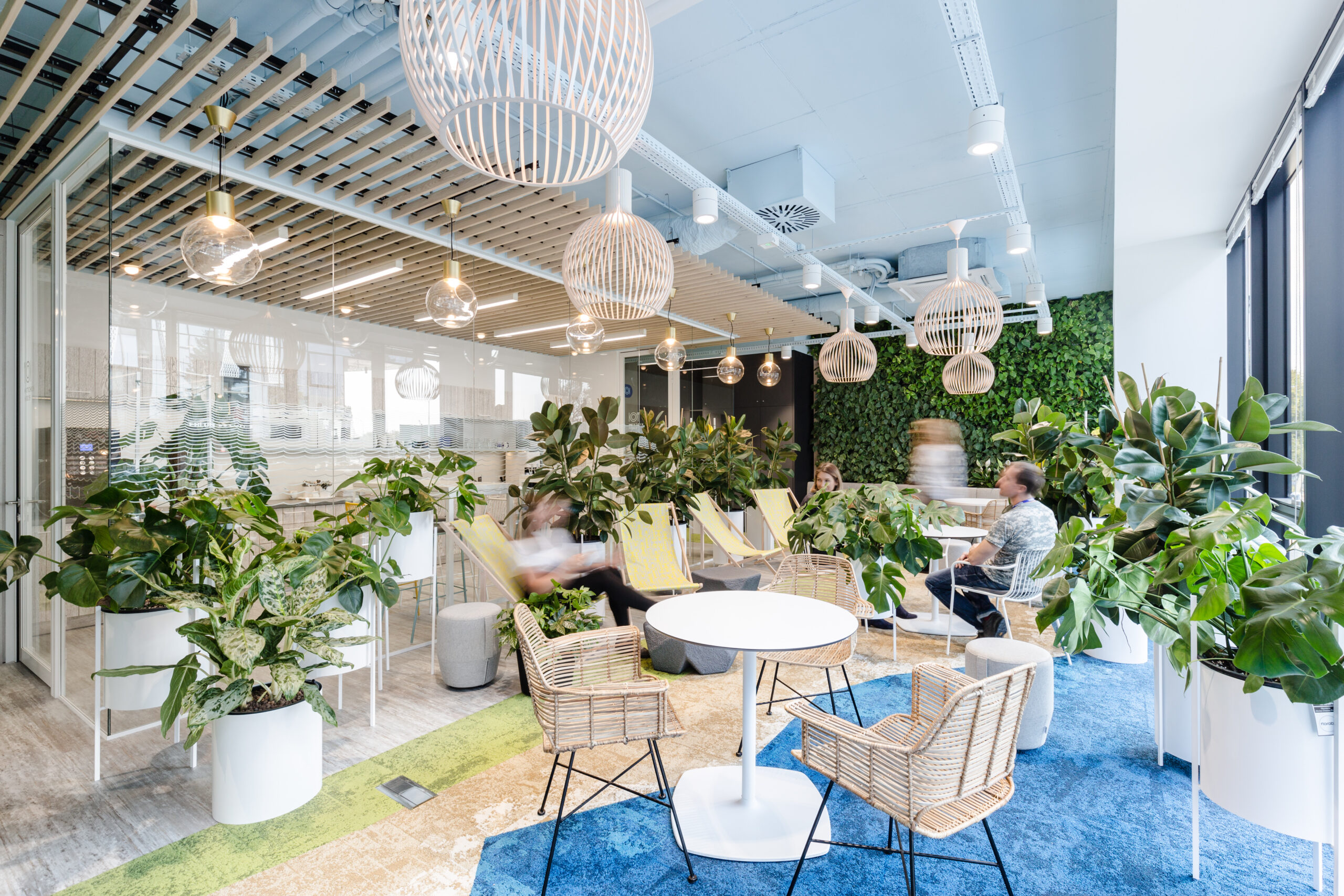 Project idea
Natural work space- a trend that is slowly but surely entering the corporate world. Before Amazon has opened a botanical garden in their Seattle office, Workplace Solutions had already created a greenery architectural concept design for Nordea, in Gdynia (PL), which might even be the greenest office in the world. Workplace Solutions has chosen Florabo to collaborate on this project. We have managed to combine Workplaces Solutions love for concepts using plants, the idea of creation of “The Greenest Office” and our technical competences and knowledge, that are the result of our research projects carried out together with the Warsaw University of Technology and other science institutes. The key element for us was the synergy of collaboration with the architects and Workplace’s experience in creating healthy office space. 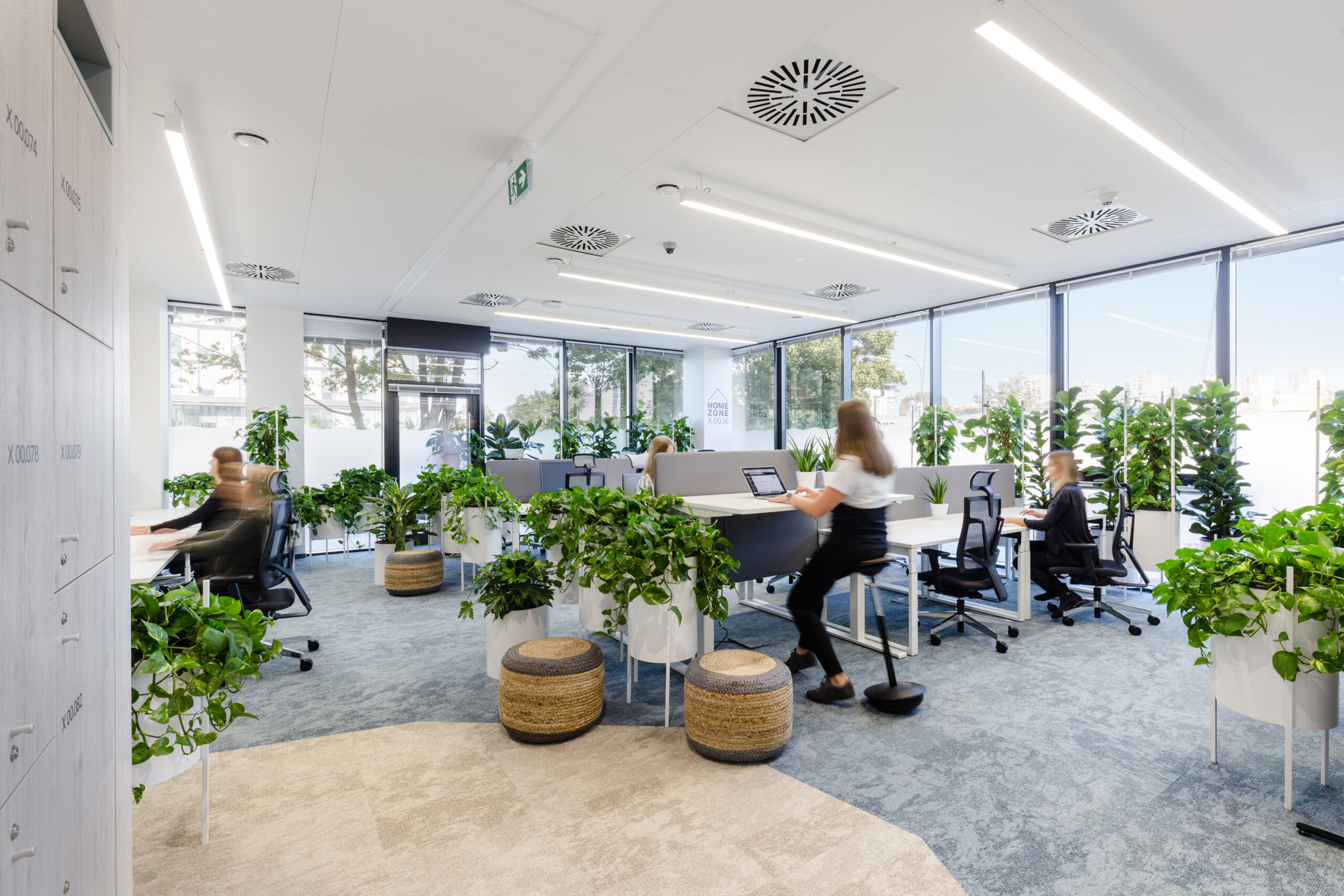 The architectural firm passed the project guidelines onto us. The design was inspired by the nature reserve “Kępa Redłowska”, making a reference to the Baltic Sea and the richness of local natural environment.

Our goal was to move away from the conventional way of thinking about interior design, and to create an inner landscape instead, that would resemble a natural clomp.

This idea has been realized by creating a bespoke line of pots, which were later introduced to our standard offer. These pots made it possible to create multi-storey plant arrangements, as well as indoor mobile hills and hanging plant units.

We used the algorithm to measure photosynthesis efficiency, that has been developed in collaboration with prominent scientists.
Moreover, we offered to use plants, which are known for efficiency in purifying the air of volatile organic compounds.
Plants of highest efficiency and large biologically active surface was used to create green walls, from which, when growing, will be repotted to hanging modules, and later to pots creating indoor hills.
We have divided the office into 3 parts – to have better control over any changes in the quality of space we used max 3 kinds of plants in each part. Now, during maintenance works we constantly change the plants arrangements, mixing the plants within all 3 parts. We also monitor the photosynthesis state.

Additionally, each plant has been assigned a name on an identification card.

Our goal is to, with time, create a balanced environment- both in the natural context, by including each plant’s needs, and in the aesthetical and functional space aspect. 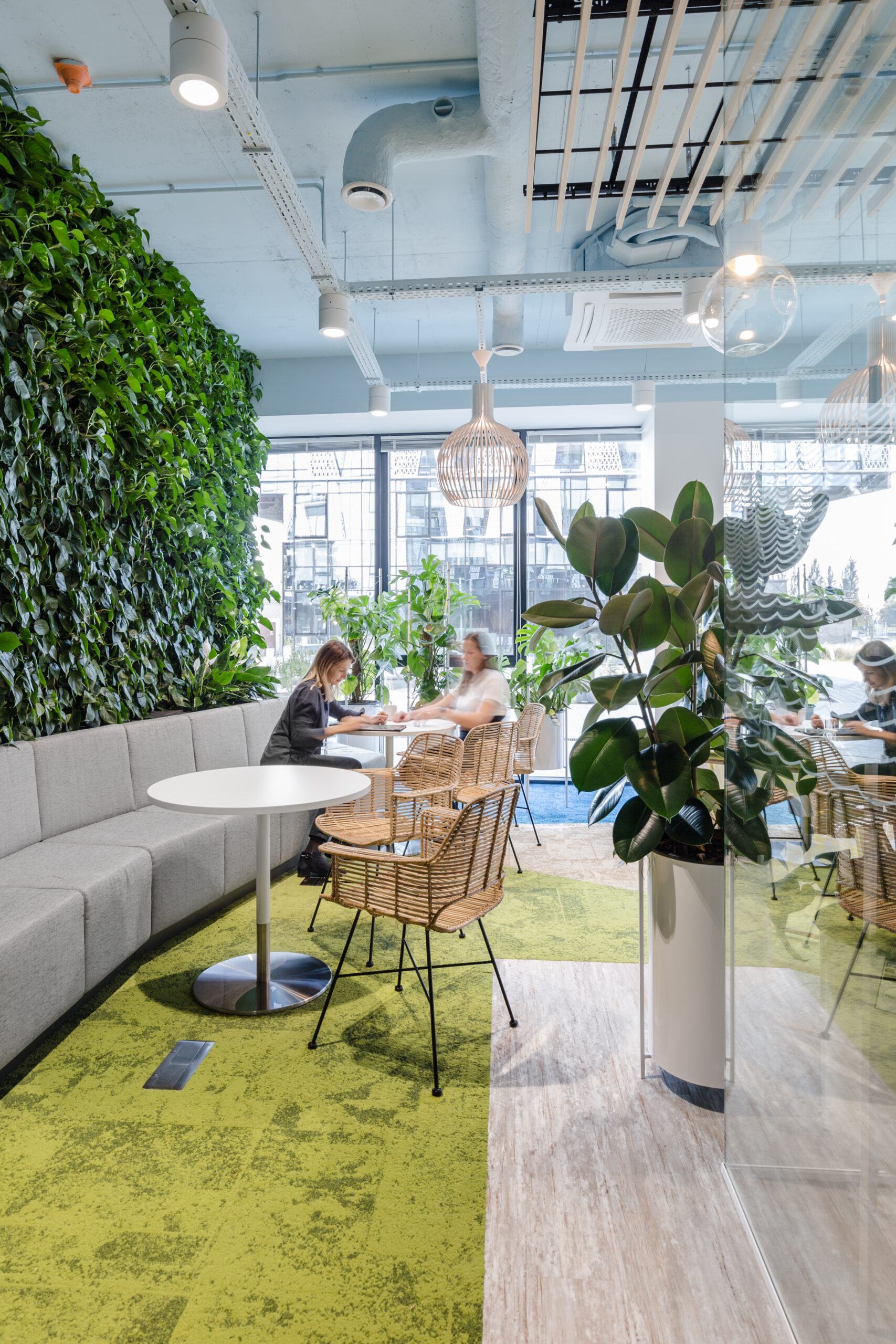 First conclusions – what next?

While working on such a bold project of an indoor nature reserve, we have understood that it is not only the parameters and botanical or engineering approach that matters in Biophilic Office designs.

Through this project the most important was for us collaboration and active communication with designers, other branches and the employees themselves- the true Biophilic Office Design.

Thanks to collaboration and appreciation for experiences and competences we can design that, what we care about most- positive experience of the indoor space.